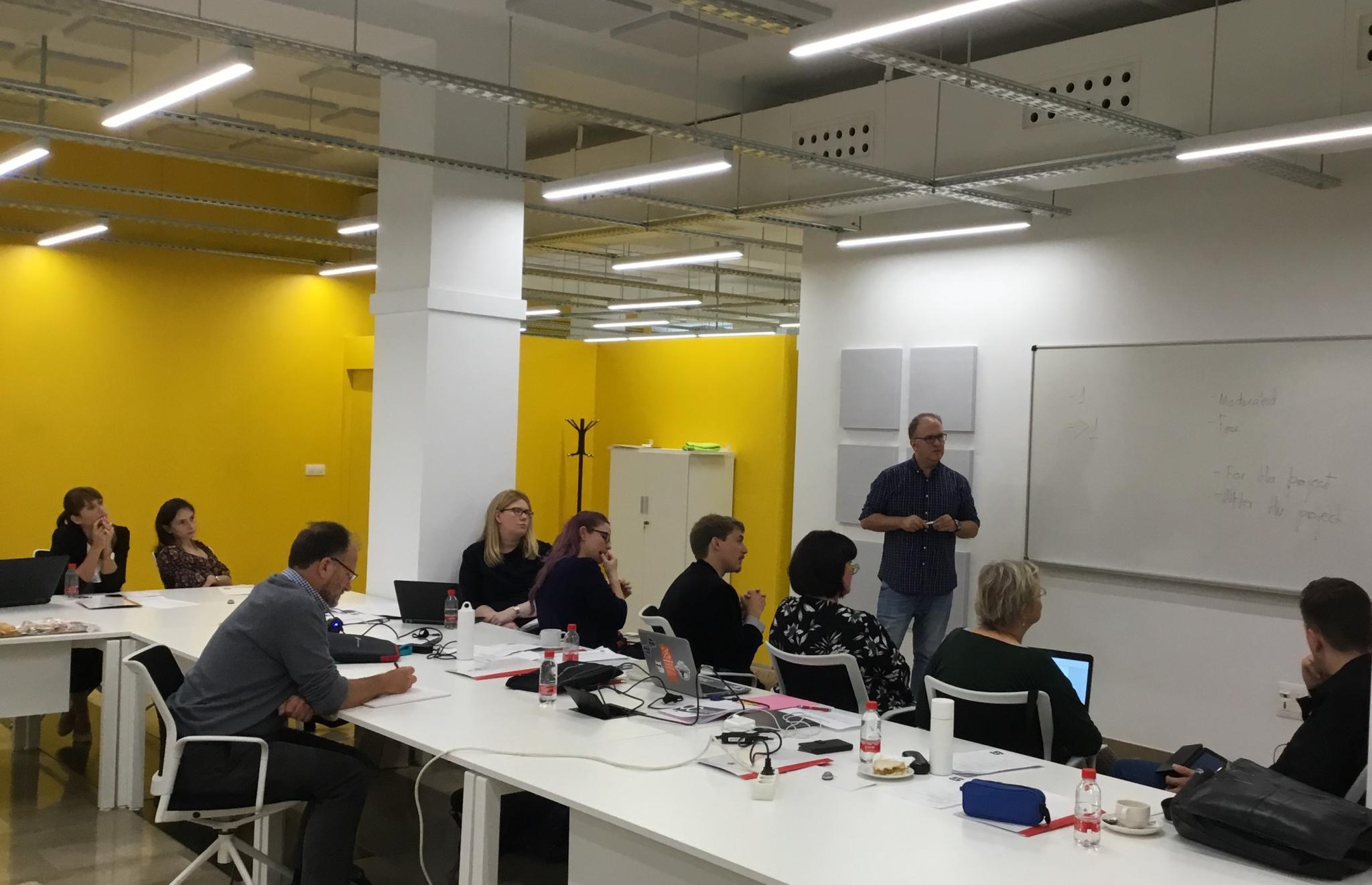 The Transnational Meeting 3 of the DigiPass consortium was held at the University of Granada from 29 - 31 October 2019. TM3 was attended by representatives from all member institutions of the Consortium and meetings took place in the International School for postgraduate Studies.

The first day of the Meeting started with  a warm welcome given by Professor Begoña del Pino, Rector’s Delegate for Digitalization. Then, Ignacio Blanco (UGR) provided important information regarding the schedule of the meetings. The first part of the day was devoted to a session on the Community of Practice and Staff Toolkit Overview. The session was led by a representative of the University of Amsterdam, Ms Kate Jennings. During the session it has been decided that Staff Toolkit would not be divided according to the student mobility life-cycle, but rather organized into the following five thematic groups: culture, marketing & communication, health & wellbeing, finance and ICT tools. It has been agreed that Staff Toolkit would be open to anyone and accessing it would only require online registration. Each thematic group within the Toolkit would be led by a designated leader and in the course of the meeting these leaders were chosen, though it was stressed that these individuals would operating according to the principle of primus inter pares. Afterwards, a delegate of the UGR leaded a session on ICT tools in the Community of Practice and Staff Toolkit. During this session a discussion was held and in consequence it has been decided that it would be up to the working group to decide in which platform the Community of Practice would operate. The final session held on Tuesday was devoted to the review of student capsule templates. Delegates were divided into groups and each group analysed a different set of capsules. The aim of the session was to provide feedback to content developers regarding improvements or changes that could be implemented to the capsule and to check whether the activities included in capsules enable the participants to achieve the expected learning outcomes.

On the following day, representatives were invited on a guided tour to the UGR Rectorate and library, which was a valuable opportunity to learn more about the University’s history and its traditions. Next, a session started during which participants continued reviewing the student capsule templates. It has been decided that content developers would receive feedback to their capsules until the 10th of November 2019. Furthermore, participants were provided with a detailed timeline of the development of the capsules. Later on, a session was held concerning the Community of Practice. The session was leaded by Ms Kate Jennings, University of Amsterdam. It has been agreed that there would be one community that would be divided into sections and users could browse content by using tags. In the evening participants were invited to take part in a lavish diner held in the University Guest House. The event was a great opportunity to socialize and to admire the view of the Alhambra.

Thursday, and so on the final day of the Transnational Meeting 3, commenced with a session lead by the University of Pavia on the development of the handbook. The aim of the meeting was to determine each member institution’s expectations of the handbook in order to establish a common ground.

Later on in the afternoon, delegates took part in sessions concerning the International Staff Week 2 to be held in Granada and upcoming Transnational Meeting 4 in Amsterdam. In the course of the meeting, participants managed to establish the final dates of the upcoming events and key issues that would be tackled during the meetings.