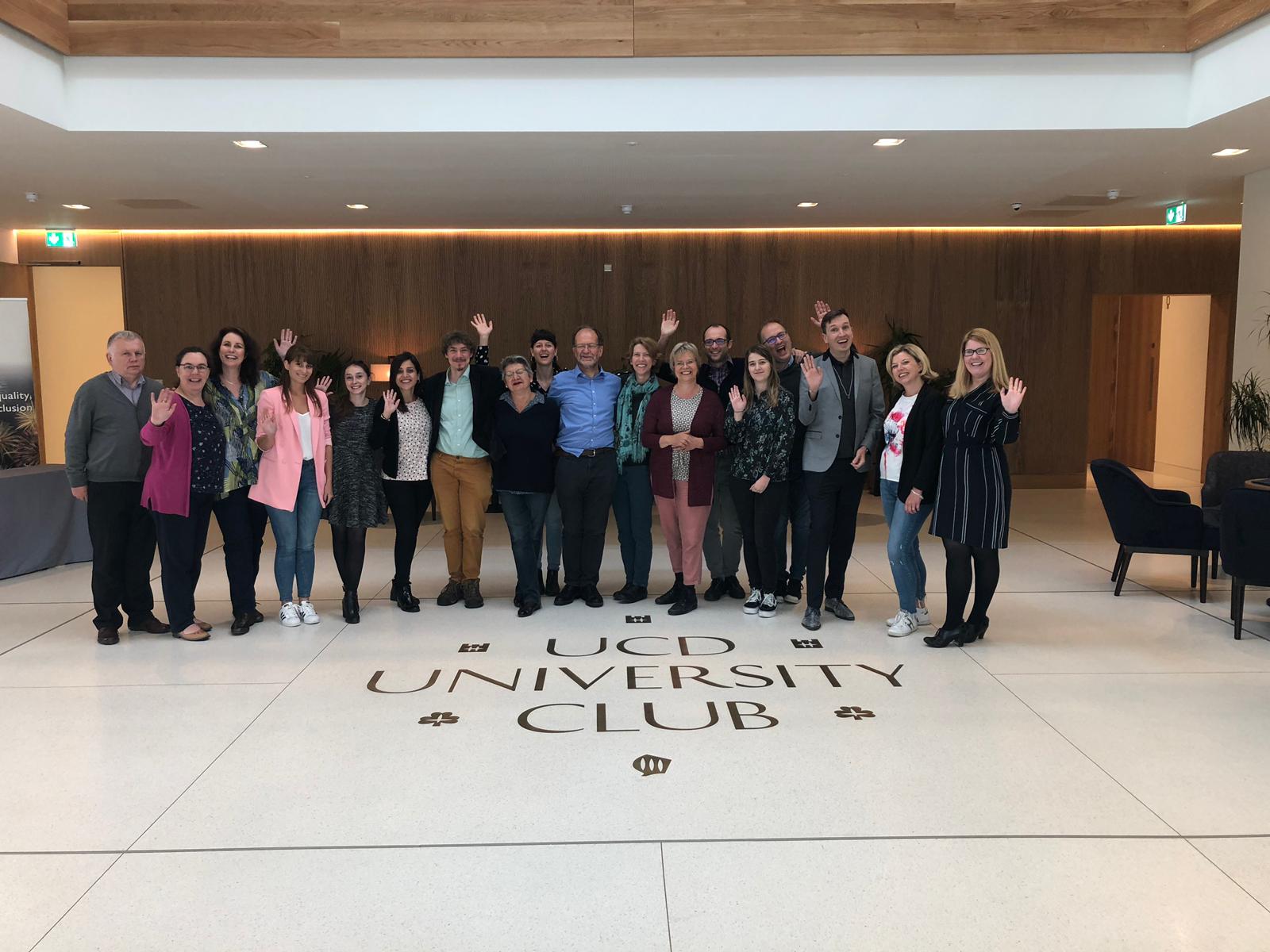 The Transnational Meeting 2 of the Digipass Consortium was held from the 12th until the 14th of June 2019 at the University College Dublin. The event was attended by eighteen delegates from member universities of the Consortium and meetings took place in the O’Reilly Hall of the UCD University Club.

The first day of the Translational Meeting was started by a brief session, during which Shauna Hughes (UCD) and Isabell Majewsky Anderson (UoE) warmly welcomed all the participants and presented the event’s agenda. The session was followed by a review of the International Staff Week 1 that took place at the Jagiellonian University in Kraków in May 2019. The aim of the session was to discuss arrangements that were made in Kraków and to brief in representatives that could not participate in the International Staff Week 1. The second part of the day was focused on working on the Student and Staff Capsule Development and was led by the University of Edinburgh. In the evening, all representatives were invited to a dinner by the UCD, which was a great opportunity for networking and socializing.

The first half of the second day was almost entirely devoted to the development of ICT Tools and sessions were led by the following partners of the Consortium: UCD, UGR and JU. During the first session, participants brainstormed different IT solutions that could be implemented to the modules and their effectiveness. Afterwards, professor Ignacio J. Blanco of UGR presented the draft version of the Digipass website, which has been created by UGR’s computer scientists. In the course of the session, each partner university has been designated to prepare content for the website’s different sections. The second part of the day began with a Module Discussion Session and participants were divided into two working groups. The first group was working on defining key elements of the capsule’s structure, whereas the second group was working on the staff toolkit. The day was wrapped up with a session focusing on the annual report and financial reporting, during which Justine Seran provided important information related to the project’s practical aspects. In the evening, UCD representatives organized an optional dinner followed by traditional Irish music.

The final day of the Transnational Meeting 2 begun with a session on EAC Formation led by representatives from the UoE. During the session, the future role of EAC has been discussed, later, all members of the Consortium shared their EAC proposals. The final session was concerning the planned Transnational Meeting 3 and Multiplier Event 1. In the course of the meeting, the participants managed to determine the final date of the Transnational Meeting 3, to be held in October at the University of Granada. Afterwards, a brief wrap-up session was organized in order to sum up the key action points taken during the three-day meeting in Dublin.